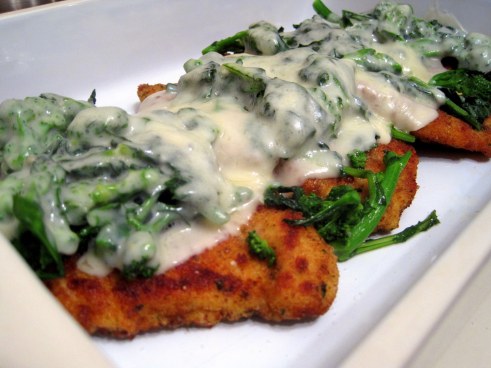 This meal was inspired by an awesome looking sandwich that I bookmarked a while ago. In an effort to cut the carbs a bit, I omitted the bread and made a little chicken bake instead. I was afraid that the rabe would make the chicken soggy, but it didn’t at all. This was delicious.

Chicken Cutlets with Broccoli Rabe and Provolone
Serves 4
Recipe by Just the Tip / Inspired by Food Blogga
Here’s what I used:

Here’s what I did:

One thought on “Chicken Cutlets with Broccoli Rabe and Provolone”