Eggs on a Cloud with Bacon and Chives 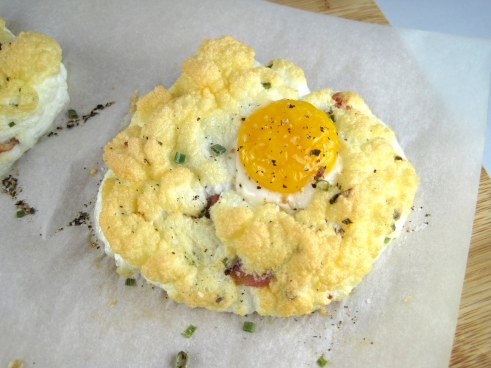 I yanked this recipe out of my Rachael Ray mag yesterday (no judgment) and knew that I would make it right away. At first I thought it was an egg perched on a biscuit (nothing wrong with that), but as I read the recipe, I realized the yolk was atop a pile of whipped egg whites. Egg whites! Brilliant.

First, separate your egg whites in a big bowl and the yolks in smaller bowls. 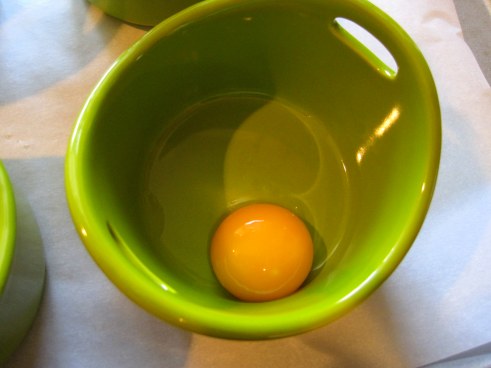 Then, whip your egg whites until you get stiff peaks. If your arm gets tired, have someone help you. 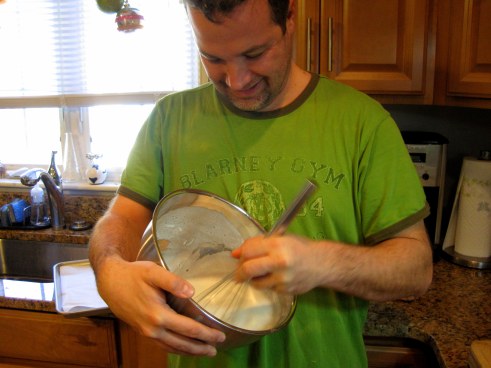 Ignore the yelling cat who hates the sound of whisk on metal. 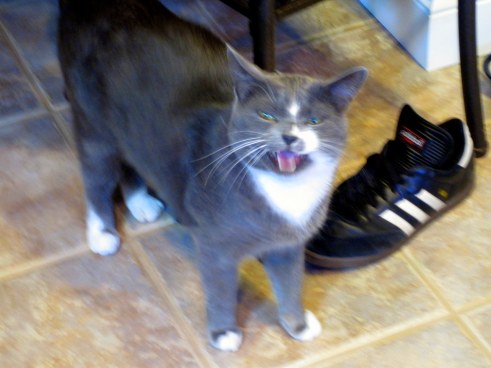 You can stop when your egg whites look like this. 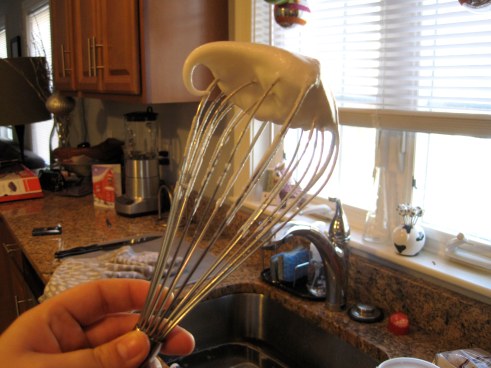 Fold in some bacon and chives into the egg whites and spoon them onto a parchment-lined baking sheet. Bake for a few minutes, then slide the yolks onto the whites.

Season with salt and pepper, and bake for another couple of minutes until the yolks are cooked. 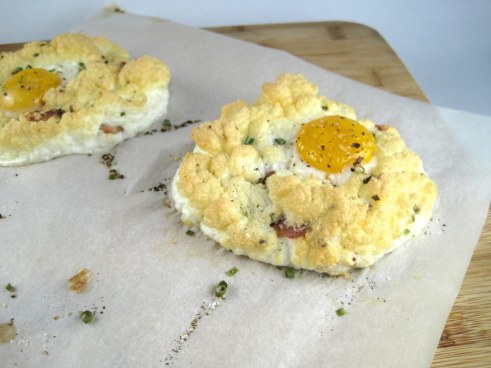 Eggs on a Cloud with Bacon and Chives
Serves 4

Here’s what I used:

Here’s what I did:

5 thoughts on “Eggs on a Cloud with Bacon and Chives”