I saw Lidia Bastianich make this pesto with basil, tomatoes, almonds, and grated cheese and knew I had to make it. I loved that she served it over chicken instead of the typical pasta, so that’s what I did too. It is a fantastic way to fancy-up a simple piece of chicken!  Delicious!

END_OF_DOCUMENT_TOKEN_TO_BE_REPLACED

Ah, the first meal in a new home. It needs to be comforting. Seasonal. Easy. This meatloaf (served with pancetta brussels sprouts and whipped sweet potatoes) was all of those things. Kept moist (again, sorry) by shredded apple, flavored by fresh sage and covered in a gravy made of apple cider and caramelized onions – it’s a keeper.

END_OF_DOCUMENT_TOKEN_TO_BE_REPLACED 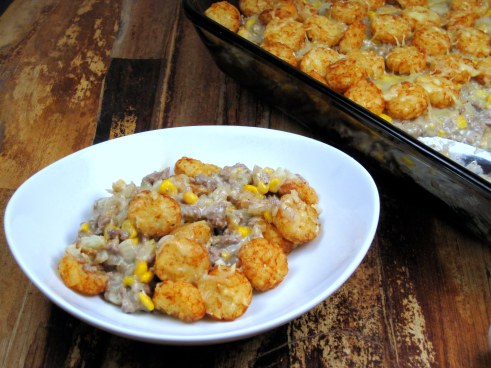 So, as the originating blogger pointed out, this kinda looks like dogfood. But, BUT, it does not taste like dogfood. Good news! It’s actually really homey and comforting, and a great use up for some canned goods that are in my pantry right now. Really, it’s very much like a simplified Shepherd’s Pie, and I’ll take simplified anything these days, dogfood or otherwise. 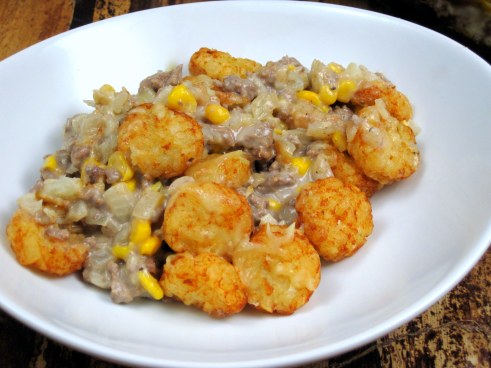 END_OF_DOCUMENT_TOKEN_TO_BE_REPLACED

I’m a little obsessed with this dish. I’ve made it a handful of times over the summer for parties and it’s always a big hit. Besides the cheese, it’s a total pantry dish, too. But really, who doesn’t always have cheese? I know I always do. 🙂

END_OF_DOCUMENT_TOKEN_TO_BE_REPLACED

Oh, this burger. The avocado aioli! The melty pepperjack! The cilantro! The moist (sorry) turkey! All of the things. Favorited.

END_OF_DOCUMENT_TOKEN_TO_BE_REPLACED

Pizza with Brussels Sprouts and Pancetta 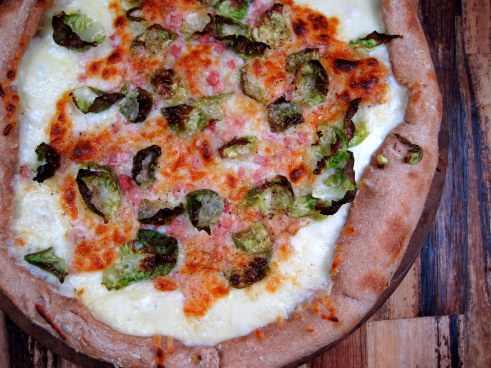 I had some brussels sprouts to use up and adding it to a pizza seemed like the natural thing to do. With some bacon of course. I took the basic premise from one of my favorite fall meals – roasted brussels and pancetta over creamy polenta and decided to make pizza out of it. YUM. In addition, I wanted to use up some of the 12,000 string cheeses I bought a costco a while back so I stuffed the crust with cheese. Win.

END_OF_DOCUMENT_TOKEN_TO_BE_REPLACED

This is the perfect bean side dish to go along with mexican food. Easy and delicious. Definitely going in the favorite file.

END_OF_DOCUMENT_TOKEN_TO_BE_REPLACED

This might be the best thing I’ve tried in the slow-cooker to date. It’s no secret that I’m not a huge fan of the slow-cooker (it’s a mushy texture thing), but I have found that if you take the time to sear meat before you braise it (i.e. toss it in the crockpot with some liquid), it does a lot for the final product.

This meal was a bit serendipitous as it served a few purposes. I’ve been pinning a ton of slow-cooker recipes lately as we are moving AGAIN  and I will be staring down the barrel of a 2-hour round-trip commute starting in a couple of weeks. I have a feeling my slow-cooker is about to get real popular ’round here.  Also, because of the impending move, I am REALLY trying to use up some of my pantry items that I a) haven’t used since the last time I moved or b) have hoarded since the last move a year ago and don’t want to move now. I found a dusty jar of giardiniera (italian pickled vegetables) that I needed to just finally use or lose. I’m so glad I did. This recipe was the bomb, and I am more than pissed that I didn’t get a pic of the resulting tender roast that we served atop fluffy mashed potatoes and smothered in a homemade beef gravy. YUM. Make this.